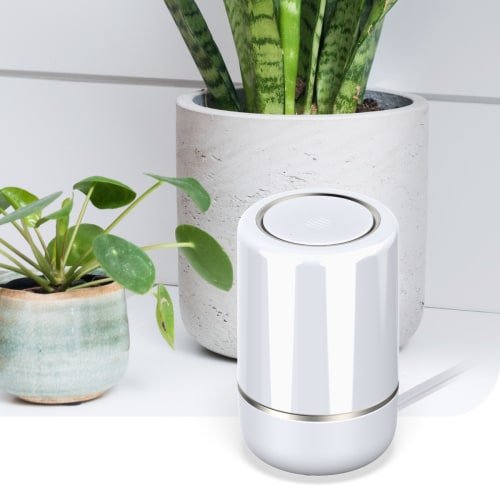 The Hive Hub 360 is effectively a wireless replacement for your wired Hive Hub that probably came with your Hive products. It costs around £99 and so does have some extra features to make the upgrade more worthwhile.

The Hive Hub 360 comes in glossy white or glossy black and has some extra gold features. It’s not a bad looking product and looks pretty non-invasive depending where you choose to place it. It’s powered by a USB cable.

In addition to being the hub for your Hive smart products it also listens out for noises such as glass breaking, dogs barking and fire alarms and alerts you to the things it’s heard which means it can act as a way of making your non-smart fire alarm smart. 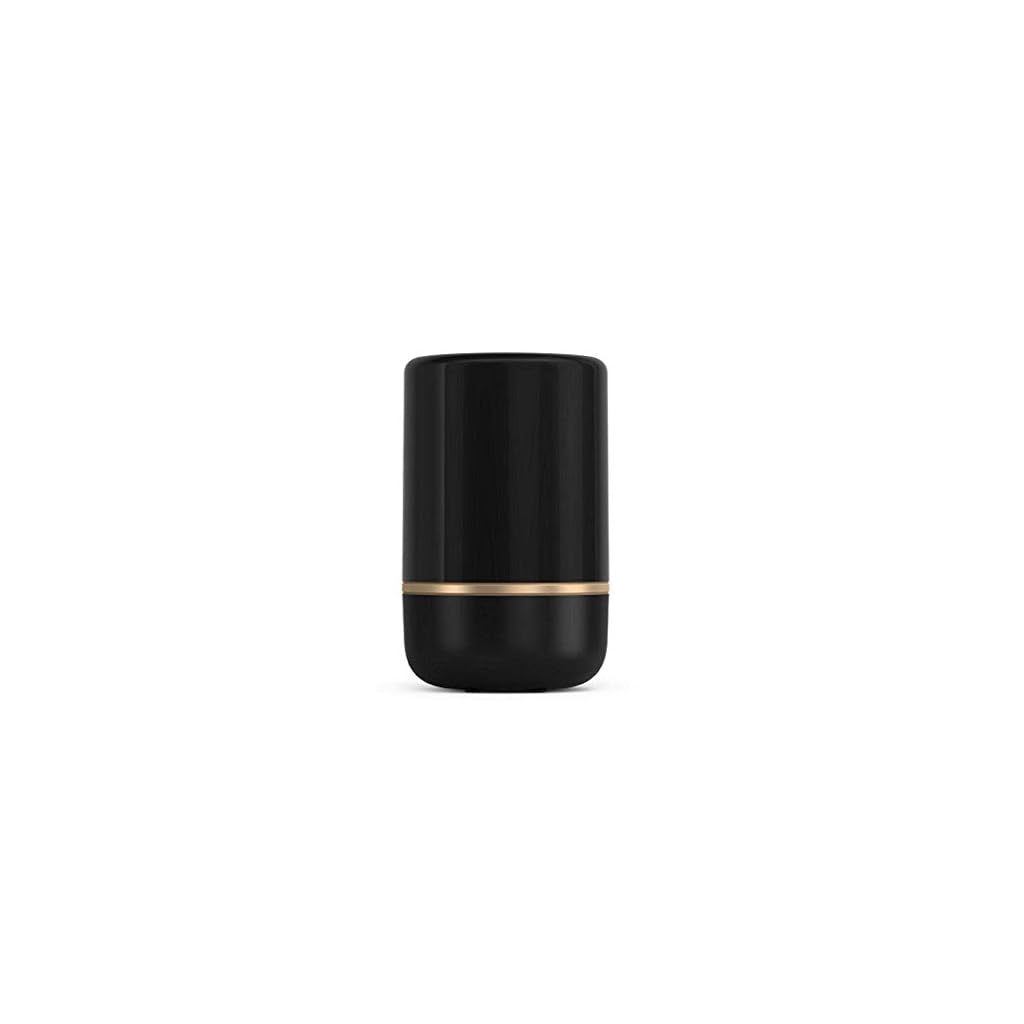 Setting up the Hive Hub 360 is really easy. You simply plug it in, wait for the light on the top to start flashing white and then from within the Hive App just choose ‘Add New Device’ and follow the instructions.

This process configures your Hub with your Wifi settings and lets you select a few other options (e.g. if you want it to listen or not). From there you’re done and if you’re replacing an existing hub you can unplug the old wired one.

One of the great things about the Hive Hub 360 is the simplicity of installation but if you get stuck Hive have some great instructions on their website.

Is this wireless better than the Wired Hub?

The Hive Hub 360 offers a couple of plus points over the wired Hub. The first being that it connects using Wifi. This means you don’t need to place it close to your router, you can place it anywhere you like and, with the listening features you need to place it where it’s likely to pick up the noise of your smoke alarm.

The second key feature is the security options it offers with the ability to pick up and recognise the sound of a smoke alarm, dog barking or window breaking. Once it picks up one of these sounds you’ll get a notification and you can open the Hive app and listen to the sound recorded. This works wherever you are in the world allowing you to check the noise when you’re away from home.

The listening feature is a great idea but it doesn’t have the biggest range meaning you need to place it in the same room as you’d want it to listen too. Secondly, it’s still very limited to what it can hear still only recognising three sounds three years later.

Finally, I’ve found the Hub less reliable than the wired Hub with occasionally dropouts of signal.

If you’re trying to decide whether you need the Hive Hub 360 or the Hive Hub (wired) for your new smart heating or lighting from Hive then you need to decide whether the listening feature is something you want. If you’re not fussed about the ability to get notifications about smoke alarms and your router has an ethernet port then I’d recommend sticking with the wired Hub as it’s more reliable and can easily be hidden.

If you want wifi connection for your Hub and like the idea of the listening feature then go for a Hive Hub 360 as we’ve found it generally performs well.

Should I upgrade my Hive Hub to the Hive Hub 360

For a cost of just under £100 our answer to this is no. Unless you really want the listening features the Hive Hub 360 isn’t a big enough of an upgrade to make it worth while.

Is it any good?

The Hive Hub 360 provides the ability for a wireless Hub connection to your Hive devices and the ability to get alerts about glass breaking, dogs barking and smoke alarms but that’s it.