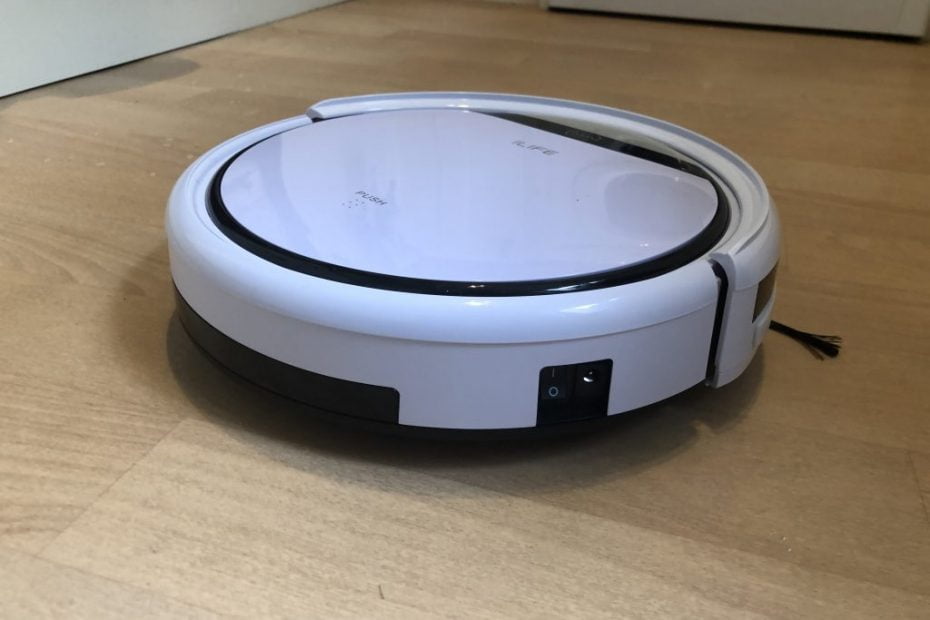 Robot vacuum cleaners once seemed like something out of the Jetsons but now they’re widely available and the iLife V3S sits towards the cheaper end of the spectrum (£150) (and is one of relatively few with decent Amazon reviews).

The iLife v3 has a round design and looks like every other robot vacuum cleaner out there. It has padded rubber edging at the front to prevent damage to walls and furniture and has brushes that stick out from underneath.

It comes in white and looks pretty modern. The body has one button on the top which is used to turn it on and start cleaning and the top also has a push area to open up the vacuum and remove the 0.3l dust bin.

The base has two chunky retractable wheels which help it climb over small raises but also maintain a close profile to the floor when it’s working. There’s also a small wheel for direction.

In terms of size it is 30cm in diameter and about 8cm thick…which is about average for these devices.

iLife pack a lot into the box and you get the vacuum itself, the charging base (which is mains powered), some spare filters and brushes, a remote control and batteries for the remote.

When it comes to battery life iLife claim you can get 2 hours and actually I find that it regularly performs better than this. When the battery gets low it event returns itself home to charge. 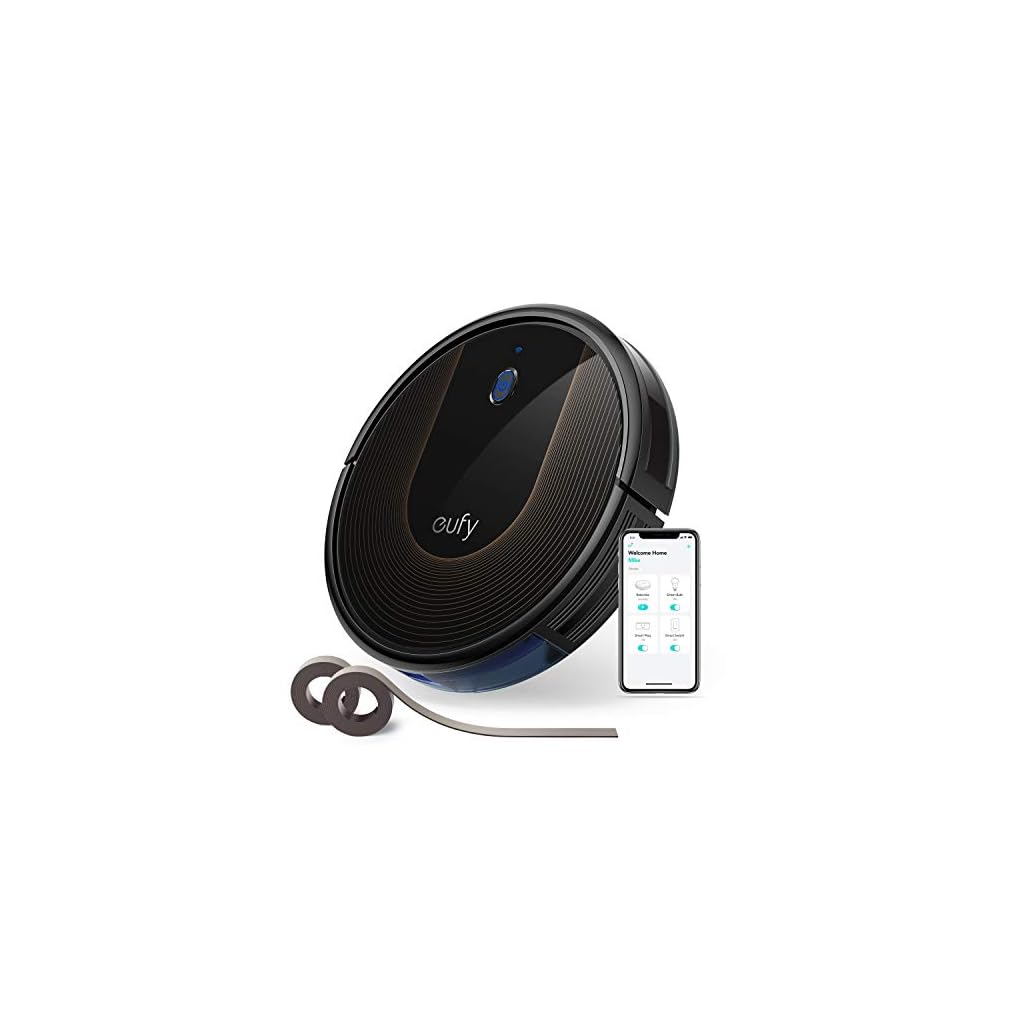 Wi-Fi Convenience: The EufyHome app, and Amazon Alexa and the Google Assistant voice control-services let you accomplish your vacuuming needs with zero effort from you.
Worry-Free Cleaning: Set Boundary Strips and the robotic vacuum cleaner’s slim 2.85″ body with—upgraded to 1500Pa* suction—only cleans the areas you want.
BoostIQ Technology: The robotic vacuum cleaner will automatically increase suction power within 1.5 seconds when extra vacuuming strength is needed—so you get the best clean.

So, how does it work?

You set the iLife V3S off by pressing the button on top of the device or by using the remote (more on the remote later). It then bursts into life and sets itself about hoovering.

It seems to take a fairly random route around the house and I don’t understand the logic but it does seem to get everywhere eventually. There occasions when it gets a shoe lace tangled up in the brushes or when it gets trapped between table and chair legs but for the most part it’s goes about its duty trouble free!

It’s also really good at finding its way back to base at the end of the cycle…which amazes me considering the random route it takes!

At this point in the review it’s worth saying that it’s not going to replace your traditional vacuum cleaner for deep cleaning but for keeping your house nice and clean on the day to day I’ve been really impressed!

Over the two weeks of daily use from it I’ve noticed our short pile carpet look cleaner and I’ve been amazed (and slightly disgusted) at how much it’s picked up from around the house.

iLife don’t commit to how much power the suction has but it’s certainly enough and the option to give it a boost with the spot cleaning is useful. It does flick stuff across the floor whilst cleaning but does eventually pick everything up.

It also has really effective anti-drop sensors which stop it falling down the stairs and doesn’t damage anything when it bumps into things.

Let’s talk a little about the remote control…

1 – You can start it using the play/pause button and use the arrows to steer it…you need to be close to it as the remote is only infrared
2 – The home button sends it back to base
3 – There are buttons for spot and edge cleaning…these don’t make a huge difference but are nice to have.
4 – You use the remote to set the time and a timer. This means you can choose for your robot to start work at a given time each day. This is handy however you can’t choose how long for or which days, it just happens daily, until it’s out of energy.

So, what are the downsides of this robot vacuum?

As an overall…actually relatively few
– It’s a little noisy at times…but still quieter than a normal vacuum
– Sometimes it gets tangled or trapped
– The timer function is basic…options for days of the week and length of time would be great to have.

But that’s it! Overall this is a great little robot vacuum which I love having around and would certainly recommend. It lacks some of the smarter features found with more expensive vacuums but does a great job at cleaning short pile carpet and wooden floors.

Think you want to pick one up? Find the iLife V3S on Amazon here